Some bright ideas don’t always end up quite as we expect them to. I knew that soap could be made with milks and teas, so when I heard that wine was an option I was all excited. I am determined type but also impatient.

Follow along and see how this did end up… As with any use of a liquid that has some sugars in soap making, you need to keep the temperature down by freezing it. However, it was also said to boil off the alcohol… But really? How much alcohol is there really? So I skipped that step.

If this is the first time you are making soap, you should read this post. 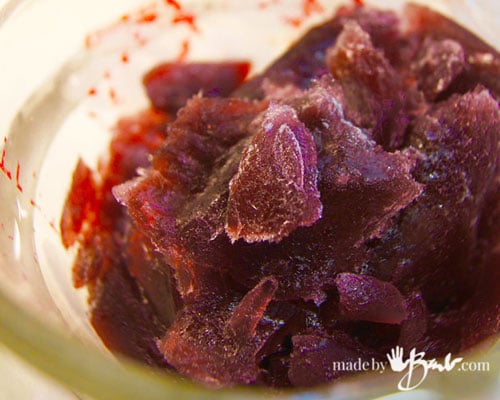 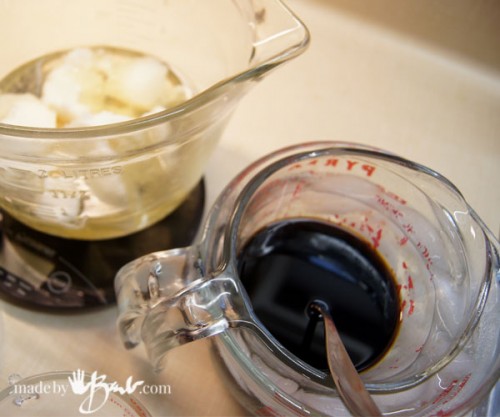 Add the lye to the frozen wine slowly and keep over an ice water bath. This will keep the temperature down and prevent the sugars from burning. 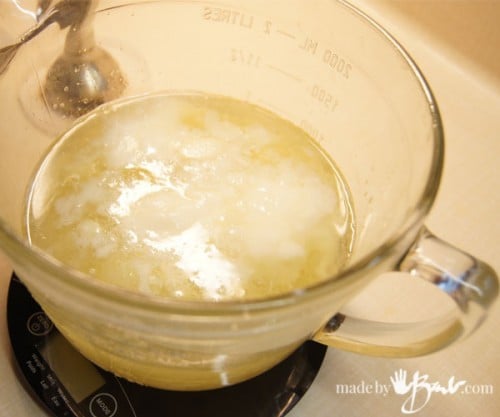 Weigh your oils and melt your solid oils first. I just add them to the same bowl with just setting the scale to zero in between.

Once the oils are well combined, add the lye mix to them. Stir and then start mixing with the immersion blender. 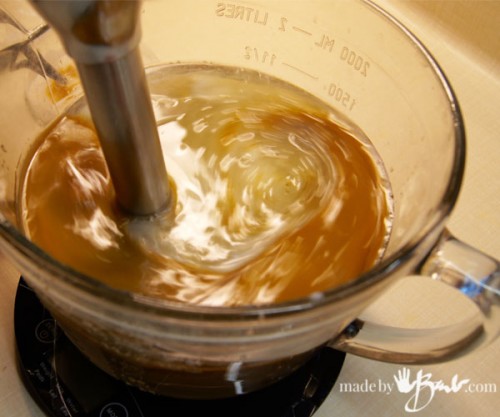 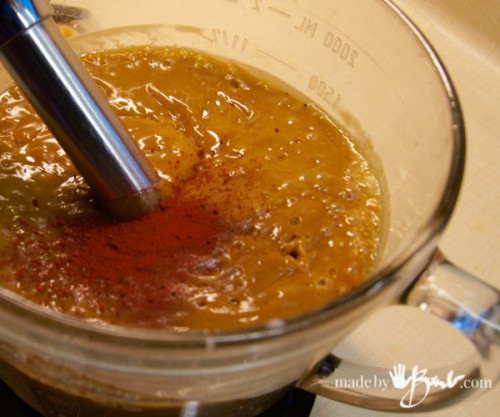 This mix tends to got to trace very quickly… And I mean QUICKLY! I added some red oxide for extra red colour boost, grabbed my mold. Back at the bowl, it had then turned to “soap on a stick”! That is the term for the premature solidifying of the soap mix. YIKES! Well, I read somewhere that you could save it by putting into the crock pot and hot processing it.

I broke it up into chunks and piled it into the crock pot (sorry, no pictures as I was in a bit of a panic)

I set the crock pot on low and went about my business. After about 1 hour, I was able to stir it although it was thick. 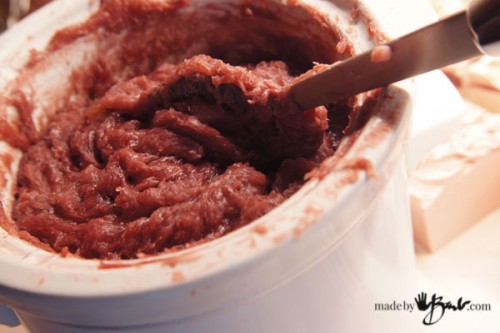 I then plopped the thick mix into the mold with a lot of tapping to prevent air bubbles. Since it was hot processed, it was sliceable once cooled. It may not be what I thought I was going to get, but it did turn out quite lovely. The fragrance is quite earthy since I only added a bit of orange oil. It does also lather quite well. 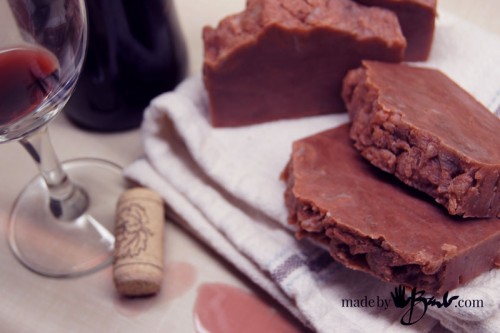 Is there a place where concrete should not be?! Hmmm, don't think so. My rustic…

Dirty hands are a part of my life! After discovering soap-making I have not bought…

There's just something about the look of swirled chocolate! Even when you can't eat it!…

[give_form id="3703"]
We use cookies on our website to give you the most relevant experience by remembering your preferences and repeat visits. By clicking “Accept All”, you consent to the use of ALL the cookies. However, you may visit "Cookie Settings" to provide a controlled consent.
Cookie SettingsAccept All
Manage consent

This website uses cookies to improve your experience while you navigate through the website. Out of these, the cookies that are categorized as necessary are stored on your browser as they are essential for the working of basic functionalities of the website. We also use third-party cookies that help us analyze and understand how you use this website. These cookies will be stored in your browser only with your consent. You also have the option to opt-out of these cookies. But opting out of some of these cookies may affect your browsing experience.
Necessary Always Enabled
Necessary cookies are absolutely essential for the website to function properly. These cookies ensure basic functionalities and security features of the website, anonymously.
Functional
Functional cookies help to perform certain functionalities like sharing the content of the website on social media platforms, collect feedbacks, and other third-party features.
Performance
Performance cookies are used to understand and analyze the key performance indexes of the website which helps in delivering a better user experience for the visitors.
Analytics
Analytical cookies are used to understand how visitors interact with the website. These cookies help provide information on metrics the number of visitors, bounce rate, traffic source, etc.
Advertisement
Advertisement cookies are used to provide visitors with relevant ads and marketing campaigns. These cookies track visitors across websites and collect information to provide customized ads.
Others
Other uncategorized cookies are those that are being analyzed and have not been classified into a category as yet.
SAVE & ACCEPT